This may be the Essential Phone 2 with a slim, long size and many color versions.
Essential Phone was launched in 2017. This smartphone has attracted a lot of attention from technology sites. Product developed by Andy Rubin – the father of Android operating system – developed.
After nearly two years of silence, Andy Rubin has posted the latest image of his next-generation Essential Phone on Twitter. Accordingly, Essential Phone 2 possesses a completely different design from today’s mobile phones, slim screen, long, card-shaped applications.
The back of the device houses a quite special main camera with a fingerprint sensor below. The screen of the device is made in a perforated form. 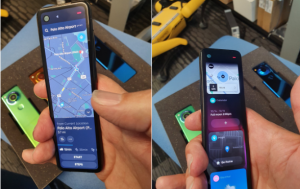 The device uses a glass back, there are 4 color versions including blue, green, orange and purple. When changing the angles of each other, the back of the device will turn sharp.
A spokeswoman for Essential Phone confirmed to The Verge that this is the company’s new smartphone. “We are working on a new device. We look forward to sharing more in the near future,” the person said.
XDA-Developers Forum said it had discovered a piece of code called GEM. This may be the name of the new Essential Phone. The device will probably run on Android OS and Snapdragon 730 chip.
No details of the new Essential Phone’s configuration, price, or launch date are available at this time.
The original Essential Phone starts at $ 699. During its first launch in August 2017, it sold only about 20,000 units through its website and other distribution channels.
In October, Essential discounted this product for $ 200. However, the number of units sold was only 150,000 units, according to Bloomberg.
This mobile has been complained by many people about poor camera performance, touch errors and problems making a call.
Also in the first year of operation, Essential encountered many personnel problems. Many hardware and software engineers left the company, along with senior staff. Brian Wallace, vice president of marketing left Essential just weeks after the company was officially launched. In early 2018, chief hardware designer Joe Tate was also looking for a new horizon.
Rubin, 56, has been with the mobile business for nearly 20 years. He left Google in 2014, forming the Playground Global startup incubator. Essential is one of these nursery products. 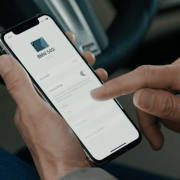